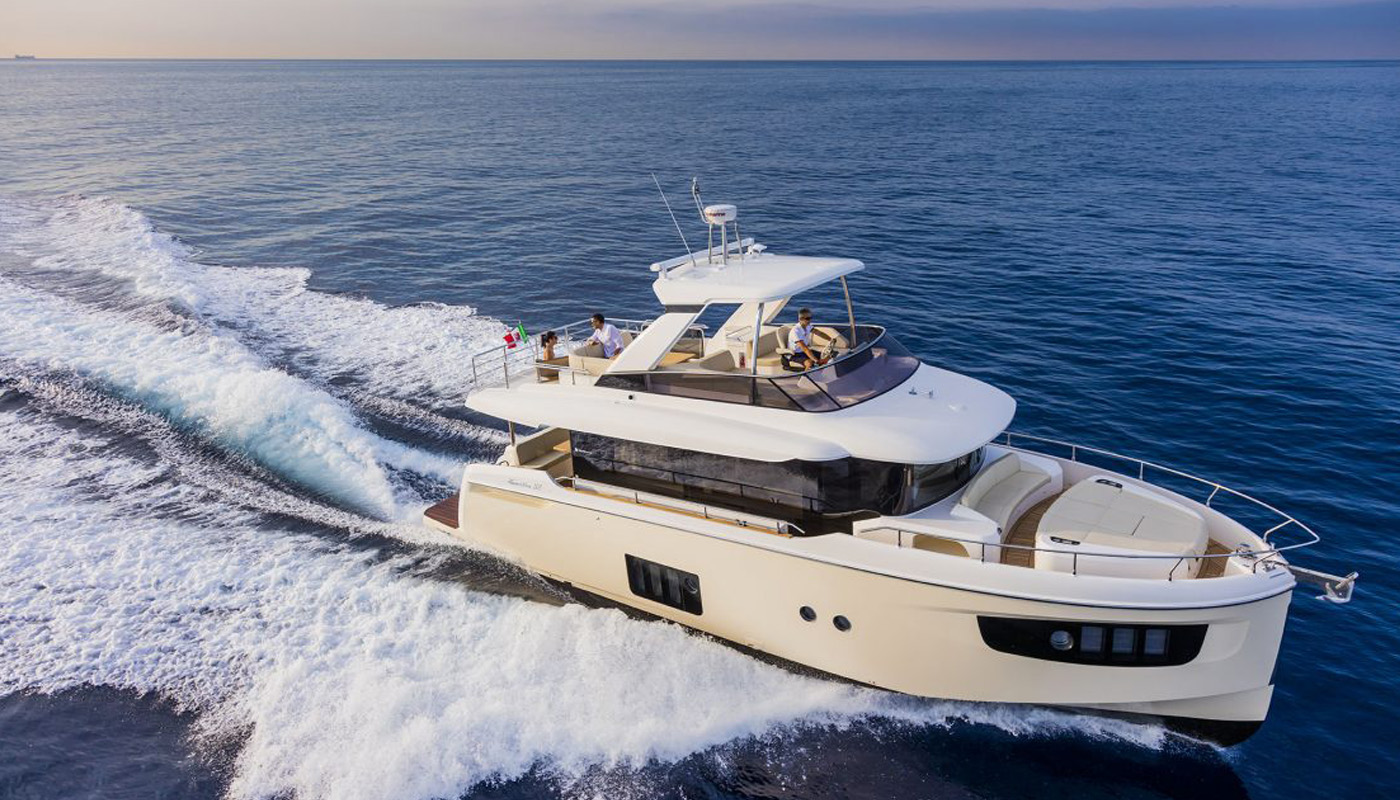 After the great success achieved at the Yachting Festival Cannes, during which it has been previewed to the yachtsmen all over the globe, the “Navetta 52” has recently landed in the USA.

The novelty of the Shipyard near Piacenza has been exhibited during the 56th edition of the Ft. Lauderdale Boat Show, Florida, from 5th to 9th November 2015, together with other models of Absolute’s range, namely “Absolute 40 Stl“, “Absolute 60 Fly” and “Absolute 64 Fly“.

This is also the debut of this new range in the USA, to which both “Navetta 52” and “Navetta 58” belong: this last one was presented during the Yachting Festival Cannes, in September 2014. A growing range, meant for users who dedicate themselves to the yachting, no longer interested only into the luxury but rather into the combination between optimal performances and “household” spaces, enhanced by the stylistic originality and the impressive simplicity.

Chronologically, the USA are just the latest destination of “Navetta” range, after its landing in the marinas of North Europe, Adriatic Sea, New Zealand, Hong Kong and Turkey.