Range
Home > News > 1,000 companies to get out of the crisis: Absolute SpA among the Champions 2020 ranking by ItalyPost

1,000 companies to get out of the crisis: Absolute SpA among the Champions 2020 ranking by ItalyPost 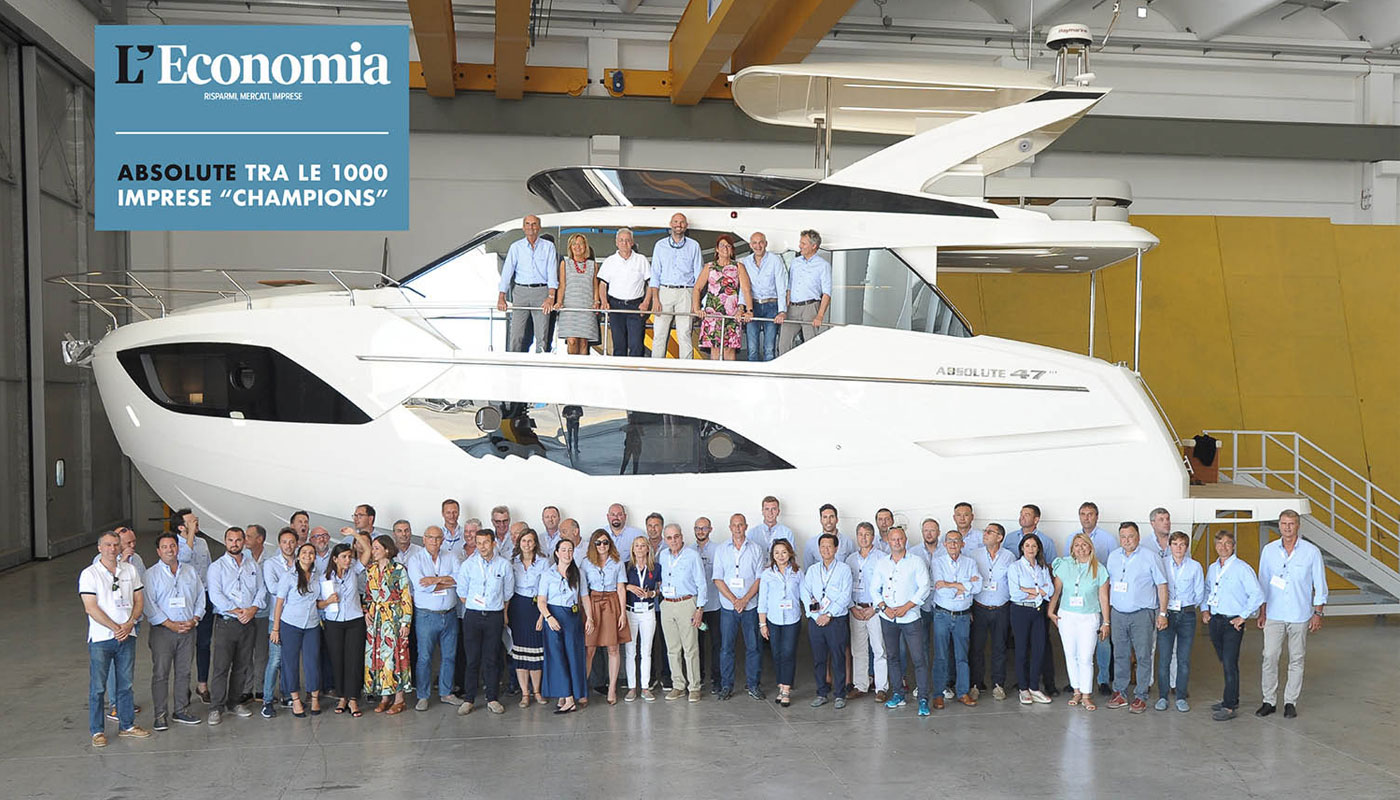 ItalyPost, in collaboration with Il Corriere della Sera Economia, has recently published the results of the survey aimed at identifying the 1,000 “Champion” companies that showed above-average results from 2012 to 2018. This year in its third edition, the research is characterized by full freedom and methodological objectivity in the analysis of the financial statements.

Depending on the company’s turnover, two are the macro-categories examined: 800 companies are selected within the turnover range from 20 to 120 million euros, whereas 200 are the top performers identified in the range from 120 up to 500 million.

For the third year in a row, Absolute SpA appears in the first category. The excellent results of the last eight years confirm the stability of the Podenzano shipyard as shown by the steady upward trend of the growth rate.

For the first category, the data analyzed with regard to the last six financial accounts (2012-2018) came from the Aida-Bureau Van Dijk database and Infocamere, the Italian Registry of Business.

To identify the top-Italian companies, the turnover was not enough: ItalyPost took into consideration also other parameters, such as the average compound annual growth rate (CAGR) from 2012 to 2018, the average Earnings Before Interests, Taxes, Depreciation, and Amortization (EBITDA) over the last 3 years, modeFinance‘s creditworthiness rating—a rating higher than BBB from the Credit Rating Agency was required—as well as a ratio between NFP and EBITDA below 2.8.

Absolute SpA’s turnover does not need further explanations (raising from 13.4 million in 2012 to 60.9 million in 2018), moreover, the other figures show nothing but the solid, sound, and constant growth of the company in recent years:

This evolution does not rely on occasional or sporadic performances but is the result of a vision that—since the foundation of the company—aims at the continuous reinvestment of the profits to foster the development of new technologies, infrastructures, models, and the international exhibitions, also widening the geographic commercial networks and the workforce numbers—both in Italy and in the American subsidiary—and strengthening the global communication channels.

The complete independence—reached without any resources from institutional investors or third parties—has allowed Absolute to heighten their entrepreneurial energy and the imagination of a company that is genuinely passionate about the yachting world. Yachting, like any other productive sector, requires passion and involvement: feelings that can be well combined with the freedom of expression and action that Absolute has shown.

In a time of great attention towards solutions that can help to alleviate the current common concerns, Absolute should be acknowledged for having applied a quite simple recipe. They have believed in their strength and have been able to engage all the employees, both in favorable market moments and in much more difficult ones.

Absolute is very pleased to have been recognized among the 1,000 companies capable of getting Italy out of this crisis.

This important recognition rewards the constant commitment towards the evolution of products and processes, as well as a natural attitude towards innovation. In the last ten years, Absolute has presented no less than two new models each season, and plenty of newly restyled models. With the same spirit, by the end of the year, the new Navetta 64 will be presented.