European Powerboat Award: Navetta 64 wins in the category “Up to 20 m” 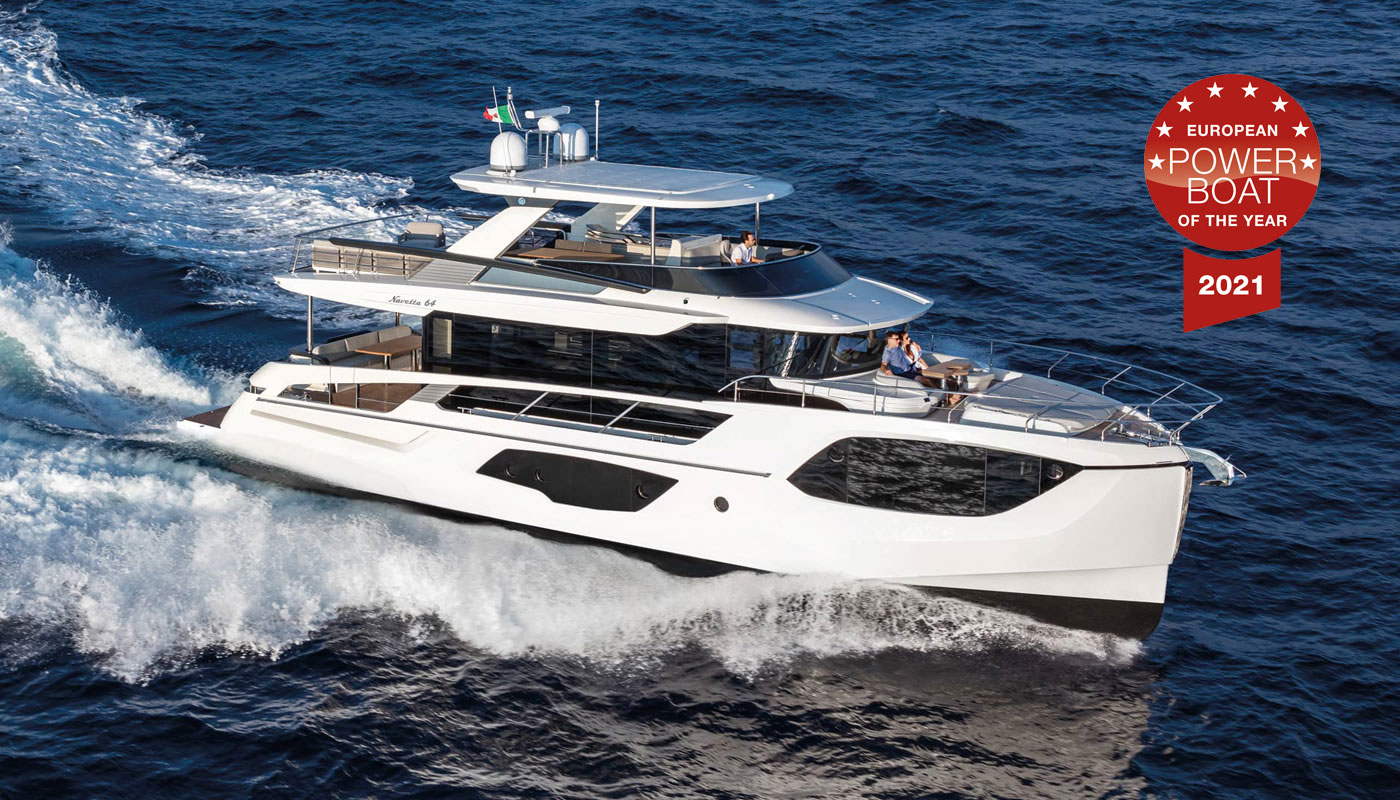 After a successful nautical season for the shipyard and its models, Absolute Yachts has achieved another important international award.
On friday, 22 January, Navetta 64 won first place in her category at the 16th edition of the European Powerboat Award 2021.
The jury based the final decision on her functionality and livability, in their words: “She embodies the perfect combination of flybridge powerboat and explorer. The Navetta 64 provides plenty of space both in her interior and on deck. Large window frontages, as well as the innovative execution of the stern cabin with direct access to the swim platform, convey a unique sense of lifestyle on the water.”
Navetta 64 – the Absolute Pathfinder—was awarded by an international jury specialized in the yachting sector: a panel of judges composed of test riders and editors-in-chiefs of the leading European motorboat-magazines, in an event considered among the most important in the world.
Among the evaluation criteria, parameters such as workmanship, safety, driving behavior, design, space distribution, and price-performance ratio played a fundamental role during the nomination and voting process.